The word means “inflammation of the tendon” and consists of an inflammation process that involves one or more among the 276 tendons present in the human body.

In general the pathologies of the tendons are caused by an unusual physical activity. For an athlete it may be a drastic change of the training program while for a homebody it may be a new working  activity or a too demanding  physical effort.

The areas which are more often affected by tendinitis are the shoulders, the elbows, the knees, the wrists and the hands, the ankles and the feet; the main symptom to recognize a tendinitis is the pain in the affected area which generally increases with the movement of the articulation.

An incorrect posture, in the long time, can cause an inflammation of the tendons because a wrong vertebral alignment involves an alignment through rotations on all levels of the four arts of the trunk and the head. Each person compensates in different ways, according to numerous factors ( gene pool, environment, kind of activity) and has his own posture which will get worse as time goes by and personal habits ( for example it is important to pay attention to the shoes you wear).

Moreover postural changes cause tensions and non- physiological loads to  muscles, tendons, ligaments  as well as stress and strain to tendons and articulations.

For the above mentioned reasons a targeted postural analysis can be used to define the loads on different parts of the body which can cause , if inadequate,  the described pathology. 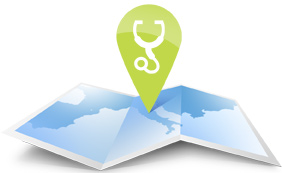 DISCOVER NOW
THE PROFESSIONAL CLOSEST TO YOU

DISCOVER NOW
THE PROFESSIONAL CLOSEST TO YOU
© project by Web industry